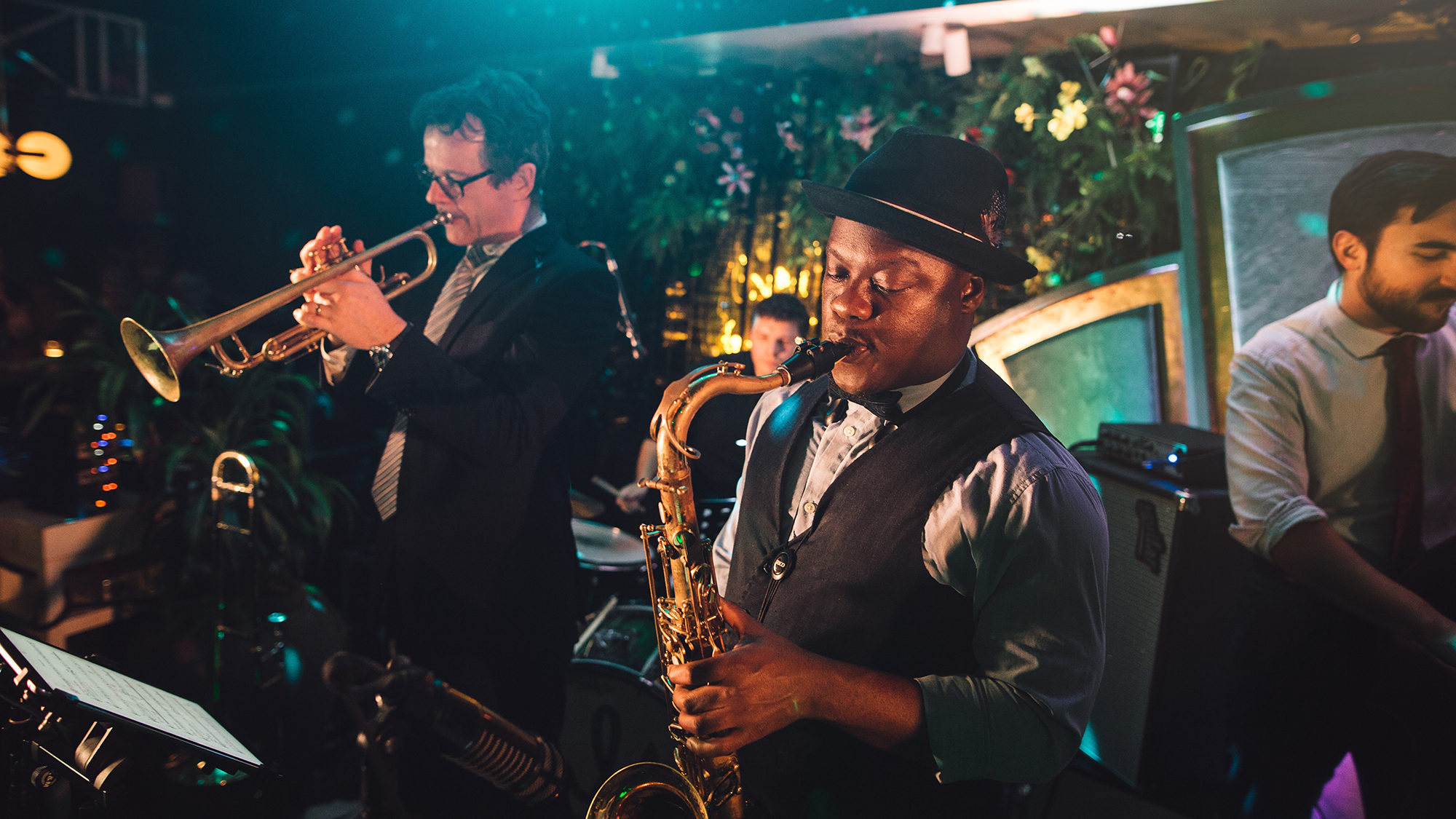 Admiral of The Fleet

Emmett McCracken has been chosen to lead the Boat Parade and Blessing on Sunday, October 16.

“A native son of Bluffton, Emmett McCracken represents how a deep love of Bluffton motivates a person to keep serving this community through an entire career of public service, holding multiple positions,” said Mayor Lisa Sulka. George Sewell Guilford, McCracken’s great grandfather, was Bluffton’s first mayor. We thank Emmett for carrying on his family’s tradition of service as they have shaped and guided this town through nearly a century of changes.”

McCracken served as Bluffton’s mayor, starting in 1999. He served as mayor for two years and then ran for Town Council, where he served until 2004. McCracken started his local political career in 1993 as a Beaufort County Council member, serving two years as chairman. In addition, McCracken also served as the chairman for the board of directors for the Hilton Head Island-Bluffton Chamber of Commerce and was the chairman of the Comprehensive Southern Beaufort County Plan.

In addition to his public service, McCracken developed his family’s 18 acres adjacent to May River Road, which is now known as the Stock Farm neighborhood. He and his wife, Teddy, recently closed their business, Stock Farm Antiques, which had been in the family since 1953.

McCracken began his public service career with a 30-year career in the United States Army, retiring in the rank of colonel.

4:00 pm, during Blessing of the Fleet and Boat Parade

Lavon Stevens is known for his soulful jazz, contemporary and blues music. A native of Savannah, Ga. Lavon began singing and playing piano at the age of 7. He began performing in local groups across the Southeast at the age of thirteen. His first instrument was the violin. He later studied voice and piano at Dekalb College in Atlanta, Ga. from 1979 to 1983. He has traveled and performed all over the country including Aspen, Co., Atlanta, Ga. and Orlando, Fla. The resort vacation destination of Hilton Head Island, SC has been his home since 1981. He is one of the premier entertainers in Hilton Head Island, SC. Lavon is affiliated with BMI as a Publisher/Songwriter.

He serves on the board as a member of The Hilton Head Symphony Orchestra and is one of the music producers for The Native Island Gullah Festival. He is very active with The Junior Jazz Foundation at The Jazz Corner and he is also a member of the Circle of Songs organization. His CD “I See Love” was released in 1996 and features all original compositions. He is producing a variety of shows and recording projects including other R&B, Jazz, and Gospel artists.

This is a wonderful opportunity to enjoy a leisurely picnic lunch on the bluff of the May River and be entertained by the music and boat parade. What better way to begin our festival!

Join us Sunday at 4:00 PM at Wright Family Park for a memorable time.

Stories & History of Bluffton throughout the decades

Bluffton native and longtime Beaufort County school board member will discuss her Gullah-Geechee heritage along with recollections of Bluffton’s past.

In addition to her long tenure on the school board Laura was asked in 1968 to help in a multi-university study on the malnutrition of African American children in Beaufort.  Bush worked with Beaufort Jasper County Comprehensive Health for 10 years, followed by many other community positions including 26 years on the school board.

Some of the most dramatic events of the Civil War era took place in the South Carolina lowcountry. Confederate Robert Barnwell Rhett’s inflammatory 1844 speech calling for secession took place under an ancient oak tree in Bluffton; Bluffton was burned to the ground by Union troops in 1863; and the legendary Underground Railroad hero, Harriet Tubman, guided Union troops to liberate enslaved African Americans on plantations not far from Beaufort. Local historian Ron Roth will discuss these and other events of the Civil War in the lowcountry.

Ron was a historian and licensed battlefield guide at the Gettysburg National Military Park.  He curated an exhibition on the famed Civil War artillery unit, the Beaufort Volunteer Artillery, for the Historic Beaufort Foundation. He is past president of the Lowcountry Civil War Roundtable in Bluffton and was a featured speaker at the South Carolina Symposium of the Civil War organized by the South Carolina Bureau of Archives and History.

Bolin is a native Blufftonian who will share her “old-timer” Bluffton resident interviews with us as she weaves her historical perspective along with her fellow panelists.

Reynolds is a native Blufftonian. He is locally known as the founder of the “You know you’re from Bluffton when” Facebook page, which is dedicated to documenting and preserving Bluffton’s history and stories. He is the son of Cecil Reynolds, Bluffton’s first police chief and fire chief, a former town court judge and a Beaufort County magistrate for 20 years. In 1971, Mayor Grady Messex asked Michael’s mother Dianne to start the Bluffton Christmas Parade.

Michael will share his stories of Bluffton’s evolution as its history is revealed through personal memories and accounts.

Every hour on the hour

Join Capt. Chris Shoemaker and his crew at May River Excursions for a one hour guided “Skiff” cruise on the May searching for local wildlife, discussing history and soaking up the tidal estuary air.

ALL TRIPS LEAVE ON THE HOUR EVERY HOUR FROM THE COUNTY DOCK AT THE END OF CALHOUN STREET. PLEASE CALL CAPT. CHRIS FOR RESERVATIONS AND MORE INFORMATION. 843-304-2878

Outdoor pops in the park with hilton head symphony orchestra

The Close From Nashville

Gary Byrd and the Outlaws

Spike Ivory has crafted his unique sound and style by drawing on many influences through the years.  Spike played many of the instruments heard on his debut album and put a very personal stamp on each song. The resulting sound and amazing energy were felt through the live shows as Spike Ivory and his newly formed band began touring.

After the release of The Velvet Chains in 2005, the band toured many intimate sized venues and played more than 225 shows all over the USA, Puerto Rico, Hong Kong, Canada and Asia! Spike recently signed with the New LowCountry Music Label. His new Single “Rollin’ Thunder” (a tribute to our Troops and Military Vets past and present) has been gaining momentum on many radio stations across the states. Spike is currently scheduled to release an EP featuring Rollin’ Thunder along with 3 other tracks in September, followed by a full length album.

Muddycreek is a five-piece variety cover band that became a Lowcountry favorite almost overnight. From their first public performance for the Bluffton Chamber of Commerce Business After-Hours party in the Spring of 2014, this group has been pleasing different types of audiences with their surprising array of ever-growing musical offerings. Unlike other variety bands that all seem to play the same song list, Muddycreek has their own approach to song selection for putting together a show that suits just about any gathering to create an exciting experience. The band roster includes members who are multi-instrumentalists and the songs they perform often include multi-part vocal arrangements for a band sound that is unique to the area and dynamic throughout their shows.

Put together all of these capabilities and you have a band that has performed at formal private weddings, Bluffton’s annual Mayfest, fundraising events like the Leo’s Legacy Festival, private parties and business grand openings, and many venues throughout Hilton Head Island, Bluffton, Daufuskie Island, and beyond. Audiences throughout the Lowcountry have enjoyed and danced to this band’s unique mix of Pop, R&B, Country, Classic Rock, Blues, Disco, Rockabilly Swing, and more.  And for you musical purists:  no computer accompaniment or alteration, just live music played with the hopes of connecting with the listener. MUDDYCREEK is simply a collection of fun-loving, highly experienced musicians who play music straight from the heart.

We are lucky to have Julie Gribble back again this year. This is a show not to be missed! It just comes naturally for Julie Gribble, writing, singing, and performing.  But what she loves most is to inspire, to reach people with her music.  With her Traditional Americana/Country Music, Gribble has entranced audiences with her modern stories of life, love and relationships.  When you think about the edge of an artist like Lucinda Williams, the melodies of Allison Krauss, and a likeness to Natalie Merchant, you’ll find Julie.  Audiences connect immediately to the unique lyrics because they’re not the same old love clichés. As Craig Ferguson said, on his show about her record, So Typical, “It’s Fantastic!”

Gribble has toured the US and Canada, opened for major label artists, become the face of Hotel Indigo’s Featured Artist and be asked to perform on many national television shows around the country as well as numerous radio spots. With her recent endorsement through Martin Guitars, Julie has been touring supporting her newest release, “Letting Go.” This is followed by her appearance in October, 2010 on The Late Late Show with Craig Ferguson.  After wrapping up her supporting role in the upcoming Sony Pictures Film, Quarantine 2, she also was a songwriting teacher and performer on Seth Green’s new web show, ControlTV. Before her recent move to Nashville,TN, she managed to gain a full page interview in Atlanta’s Finest Mag, a finalist in GA Lottery’s All Access Music Competition, and is nominated for a GA Country Music Award.

Rockin’ on the dock fireworks & Party

The annual Historic Bluffton Arts and Seafood Festival fireworks spectacular will present the best fireworks show in Bluffton at dusk on Saturday evening, with music by The Chiggers. Shot from the May River and viewed riverside at the Bluffton Oyster Factory Park on Wharf Street, this will be the grand finale to a day full of festivities, not to be missed!

Sunday October 23rd – The Fabulous Equinox Orchestra  is joining the BLUFFTON ARTS & SEAFOOD FESTIVAL  for a closing party in the Promenade in St. Joseph’s Park

“Southern gents and childhood best friends, Jeremy Davis and Clay Johnson, have created something unique – The Fabulous Equinox Orchestra – a fiery hot and soulful Southern big band that is the ‘Hope Diamond’ of entertainment. That is to say, there is only one and it is spectacular! Audiences from Napa to NYC, Miami to Canada, and Europe to the Middle East have emphatically agreed with thunderous ovations, and it all started in a junior high band program in Louisiana. This is Great American Music at it’s finest.”

Meet your next two best friends-Jeremy Davis and Clay Johnson, along with their fiery hot big band! All across America and around the world, audiences have fallen in love with these two sophisticated Southern gentlemen and the high-energy show that is The Fabulous Equinox Orchestra. Along with the greatest songs, the best original arrangements and phenomenal musicianship, these two bring their rich friendship and charm to the stage. Fashioned in the style and swagger of the legendary Rat Pack along with influences like Harry Connick Jr. and Michael Buble, this brand new show by Davis & Johnson features the music of the Beatles and the intriguing their home state of Louisiana!